Inside Track on Absolute Project Management

This week we meet Cat Hoad, founder and director of Absolute Project Management. Find out how she got into the interior design business, where she gets her inspiration and how she unwinds…

How did you get into project management?

I was a solicitor in the City doing finance law in a big practice with marble floors and shiny walls, etc. Then I had children – my plan of doing a long but efficient day in the office then coming home and playing with my perfectly alert baby didn’t quite work. The hours were long but they were also unpredictable. I had every other Friday off but I would literally be sitting on a church hall floor singing Frere Jacques and then saying into my phone, “Look in document such and such,” or, “I think it’s clause 3.14.” It didn’t really work for me.

At first I took a management job in the same firm, with sensible hours, but when I had my second child I had serious post-natal depression. We were renovating our house and I was off sick and I thought, “Someone’s got to project manage this” 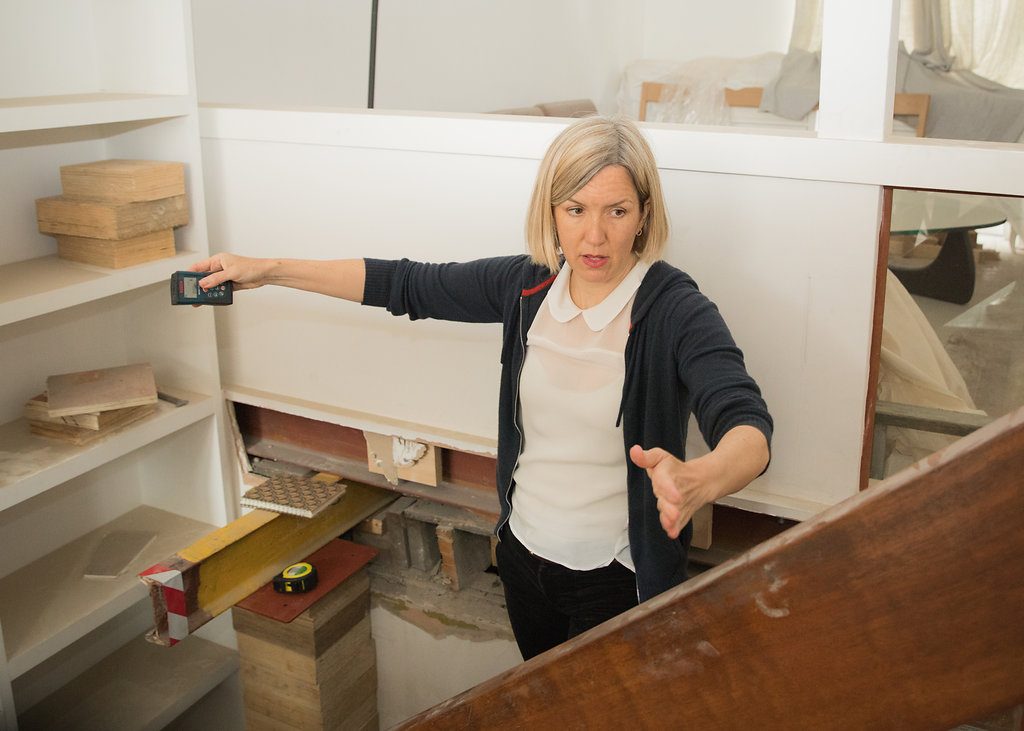 Cat has lots of transferable skills from working as a Lawyer

Did you have any previous experience?

Not specifically in residential renovation but lots of experience managing people, budgets and timelines on previous work projects- skills which were completely transferrable! Nonetheless, when I renovated my own house, I had no idea what you could ask an architect or a structural engineer to do. We had a really good builder but a fairly useless architect, so I ended up working closely with the builder and spent a lot of time looking at the plans.

Much to my surprise I understood them quite well and quite quickly and I found it really interesting. Then I realised that the project management process was similar to the work I’d done as a transactional lawyer. Working out what you need to do, the steps needed to achieve that and how everyone else fits into all those steps. Then using a combination of being nice and charming and occasionally kicking people’s arses really hard to get it done. 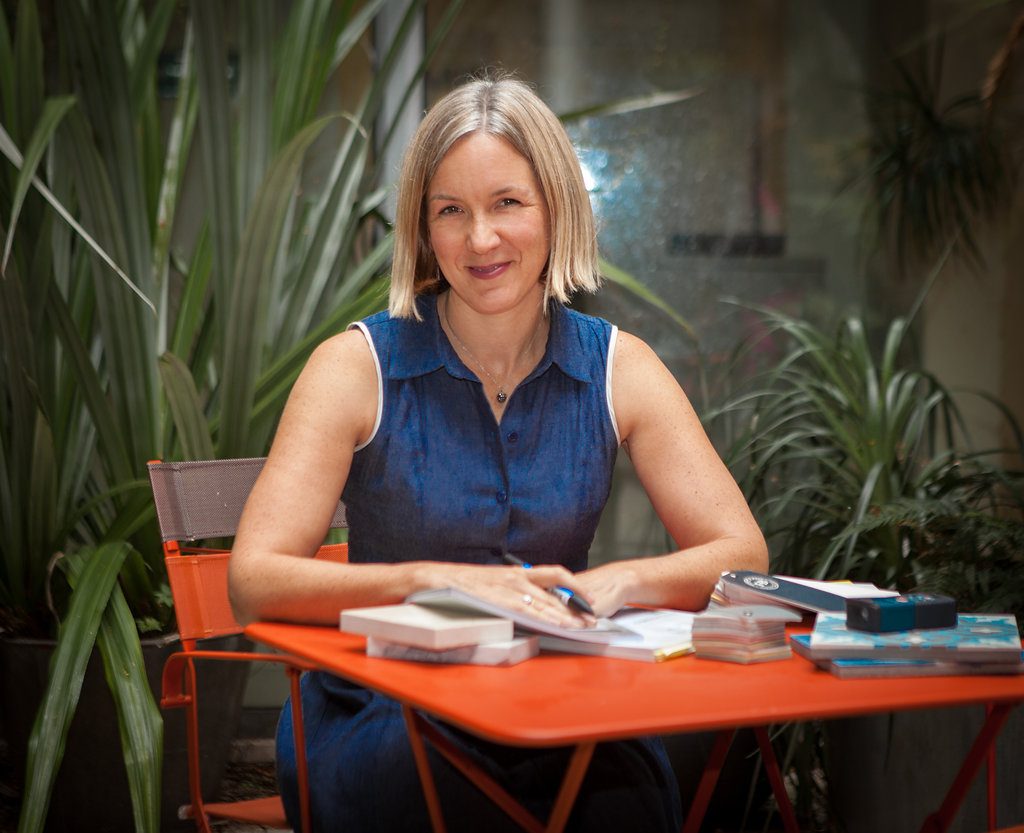 Being charming and getting things done!

How did one project turn into a start-up business?

Eventually the builder said, “You’re good at this, you should do this as a job,” and I thought “Ah! Perhaps I could!”

To start with I just thought it would be the project management side of things but that really quickly changed. I would be saying, “You need to choose a paint colour,” and people were saying, “I’ve no idea,” so I would make suggestions. I learnt how to put colours together and what goes with what. I did lots of houses that were quite similar to my house. It was really interesting seeing the same footprint done in so many different ways. I did a couple of dry runs for people without getting paid and I did a History of Architecture course at Birkbeck for context. Then I had my first actual paying client and it was completely amazing. She was really nice and encouraging. I sent her an invoice… and she paid it! 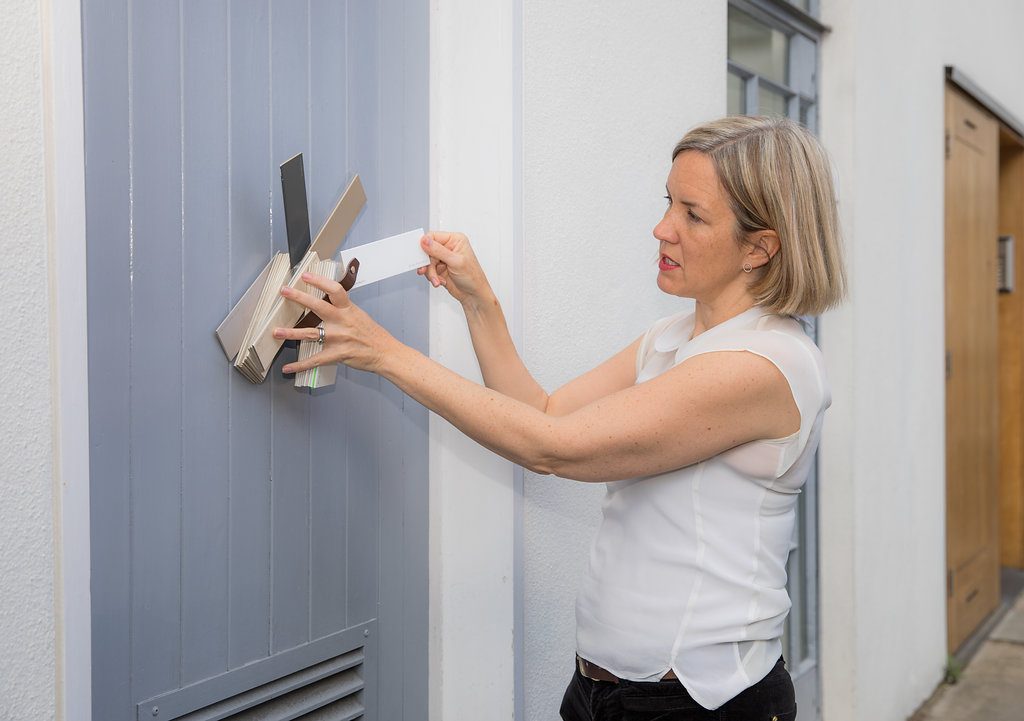 Cat soon found she was advising on design details.

Where do you get your inspiration?

I think I’ve always found, even when I was a lawyer, that when I’m in restaurants or bars or clubs I’ll see an interesting bit of wall or some lighting or seating and I’ll take inspiration from it. Not replicating it, because it wouldn’t work having a nightclub in your living room, but using the same sort of colours or fabrics. I was at the new Everyman Cinema at Kings Cross and they have really cool loos. With really cool tiling and lights. I was taking photos in the loo. And we’ve used an adaptation of one of the tile patterns in a project already.  I’m also always inspired when I travel.

Inspiration can come from (L-R) Trade shows, Travel, and even cinema toilets!

What are your favourite interiors shops? I don’t actually spend that much time shopping although there are great interiors shops near me on Upper Street and in Shoreditch. We go to trade shows and that’s a really good way of seeing loads of different stuff in one place and absorbing what the zeitgeist is doing. I like 100% Design and Grand Designs. There’s a good one called New Designers which is all graduates. And if you want your mind blown, go to Maison D’Objet in Paris.

Favourite interiors magazine? Elle Deco. And the FT has a design and interiors section on a Friday that I like.

Last book you read? A Gentleman In Moscow by Amor Towles. I also finished a PD James one recently.

Last film you saw? The Churchill one, The Darkest Hour. It was really good.

Last exhibition you saw? Last month we went to see the Freud/Bacon at the Tate AND the Impressionist one – both in one afternoon. Amazing! I go to galleries a lot. I would go most weekends if I didn’t have to take whinging teenagers with me.

From L-R: Cat’s recent activities include: Foraged Blackberries, An exhibition of Impressionist art, A Gentleman in Moscow

How do you unwind? I do yoga and pilates, and I swim. That is in a theoretical week, not an actual week. I also love foraging, when I get the chance. Blackberries, rosehips, nettles, garlic, elderflowers. I’m too scared to use mushrooms just now. Some years I have a frenzy and pick sloes and hawthorns and make chutneys and stuff but it takes absolutely ages and it isn’t always very nice. I also like baking. But not fancy stuff. I like doing buns or English muffins.  I’m also an ambassador for Camden Spear Trust, a great local charity helping young people.

What’s your personal style? I really like Moroccan patterns. I’m a bit of a stuck record and have to be dragged away from having tessellated tiles and geometric patterns everywhere. I like Islamic art-inspired style. And glass stuff. And velvet. My own home is quite classic – I like having a period house with period features and keeping it simple but with a few pops of colour. 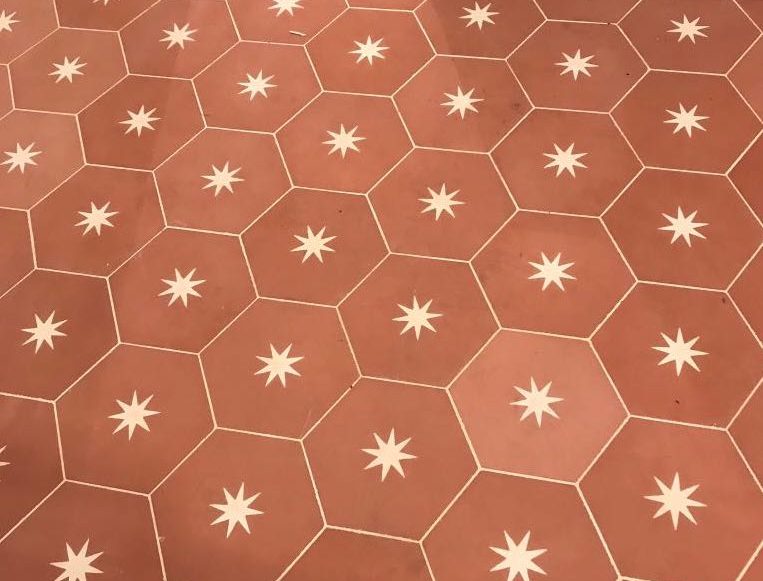 Moroccan tiles are a firm favourite